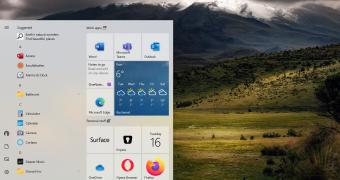 Microsoft has released a new build for Windows 10 insiders in the Beta channel, obviously as part of a new cumulative update that is specifically supposed to further refine the experience ahead of the 21H1 update due later this spring.

Windows 10 cumulative update KB5000842 increases the OS build number to 19043.899, and according to the official changelog, which you can check out in full in the box after the jump, the focus has been specifically on improving the overall performance of the OS and resolving some of the bugs in there.

For example, there are fixes aimed at File Explorer, Microsoft Edge, and touchpads, as well as improvements that prevent the explorer.exe from experiencing a heap leak that eventually causes high memory usage.

You can check out the full changelog in the box after the jump.

Windows 21H1 coming in the spring

According to Microsoft’s typical release calendar, Windows 10 21H1 is projected to be finalized in the spring be… (read more)