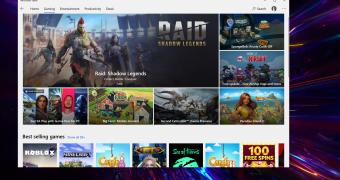 Microsoft is pushing hard for the Microsoft Store to become the preferred destination for all kinds of content not only on PCs but also on other devices, and today, the company announced one big change that developers are going to love.

The company is reducing its revenue cut for sales made through the Microsoft Store from 30 percent to no less than 12 percent for PC games, with the change coming into effect in August this year.

In other words, developers now have another big reason to bring their games to the Microsoft Store, so Microsoft’s big goal here is as obvious as it could be. The company wants to make the Microsoft Store a more important rival to Steam, hoping devs would be more interested in its platform given they now have a better chance of making more money.

Big plans for the Microsoft Store

“Game developers are at the heart of bringing great games to our players, and we want them to find success on our platforms. That’s why today we… (read more)