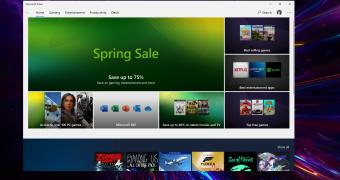 Microsoft is reportedly planning a major Windows 10 store overhaul, this time with dramatic changes that are supposed to make it the go-to destination for users on the operating system.

According to a recent report, Microsoft wants the new store to boast a completely new and more modern look, and at some level, this is something that makes sense anyway. The Sun Valley refresh coming in the fall of the year to Windows 10 would obviously have to be aimed at the Microsoft Store as well, so this is likely the moment when Microsoft plans to announce the major transformation as well.

By the looks of things, Microsoft wants to let developers also send unpackaged Win32 apps to the Microsoft Store, therefore pushing the concept of a Windows store beyond its current model.

EXE and MSI packages would therefore be suppo… (read more)