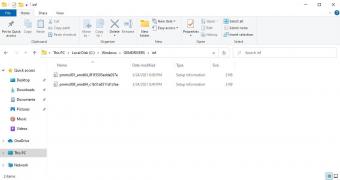 Microsoft is preparing for another big change in Windows 10, and this time it’s specifically aimed at third-party drivers installed on the operating system.

More specifically, these are moved to a new location outside of the system32 folder, with the most recent preview build silently making this change for Windows insiders.

Discovered by Albacore, the change is live in Windows 10 build 21343, so there’s a chance it would be part of the 21H2 update coming in the fall of this year.

The next feature update for Windows 10 is 21H1, and it is scheduled to land in April or May.

Where are the third-party drivers located now?

As per Albacore, the third-party drivers are being moved from the current location in system32 in the main Windows folder to the following location:

While no specifics have been shared on this change because Microsoft has so far remained tight-lipped on the whole thing, it’s likely relat… (read more)