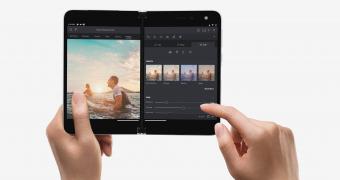 Microsoft announced in late 2020 the Surface Duo would launch in international markets, and now the company has shared more information on this highly anticipated moment.

The Surface Duo is Microsoft’s very own Android device, coming with a dual-screen form factor. Since the launch, it was available exclusively in the United States, but now Microsoft is ready to bring it to Canada, the United Kingdom, France, and Germany.

And according to the software giant itself, the launch is projected to happen as soon as February 18, so we’re just a week away from the moment the Android device goes on sale in all these countries.

“As a company at the forefront of category creation, Microsoft pioneered the 2-in-1 bringing together the best of tablets and laptops in the Surface Pro. Since then, we’ve launched the Surface Book, Studio, Headphones, Laptop and we’ve redefined the mixed reality category with the Microsoft HoloLens,” the Redmond-based software company explains.