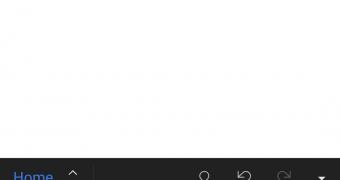 Microsoft is working on bringing a dark mode to Office apps on all platforms, and the next one in the queue appears to be none other than the Android version.

Reverse engineer Alessandro Paluzzi has managed to enable an early version of the dark theme in Microsoft’s Office apps for Android, thus confirming that the feature could show up rather sooner than later.

Word, PowerPoint, and Excel for Android are all supposed to get this dark mode, and while the screenshots show the text pane is still using the standard light theme, there’s a chance Microsoft would roll out a full dark treatment by the time the production channel Is getting it.

Microsoft is working around the clock on bringing the dark mode treatment to its apps, not just on mobile, but also on the web and on the desktop.

Most recently, the company announced a dark mode for OneDrive on the… (read more)