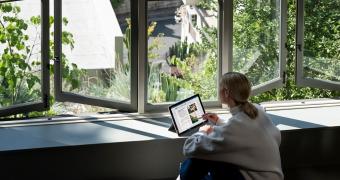 Microsoft keeps going after the iPad with Microsoft Surface ads, and today, one more such comparison video reached the web to showcase just how advanced the Surface Pro 7 is versus the Apple device.

This time, Microsoft uses the video to show that its 2-in-1 device is much more capable than the iPad Pro, and it does this by highlighting the main features of Surface Pro.

First and foremost, it’s the integrated kickstand, which allows you to use the device on a desk just like a traditional laptop. And then, it’s the dedicated keyboard, the connectivity ports, and everything else, all of which are available at a lower price than the iPad Pro.

While it’s not yet clear how effective these ads actually are, it’s pretty clear Microsoft truly wants to show the world the Surface Pro 7 isn’t only a productivity device, but a computer that allows users to take their desktop PCs pretty much everywhere.

In the meantime, Microsoft is… (read more)