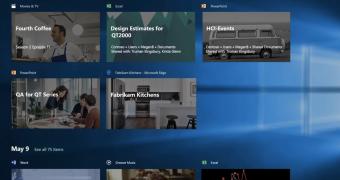 Microsoft is getting ready to abandon another Windows 10 feature that it introduced with much fanfare, and the first step has already been made in the most recent preview build for Windows Insiders.

This time, it’s the Timeline the one that’s being abandoned, with Microsoft explaining that data would no longer be synced across devices starting in June 2021.

Timeline was introduced in April 2018 Update as a big feature that makes it possible to restore the apps and activities active at an earlier time on a Windows 10 device.

“Timeline is a feature that first appeared in the Windows 10 April 2018 Update. The feature lives on your taskbar and enhances Task View to show you currently running apps and past activities. By default, timeline shows you snapshots of the things you were working on from earlier in the day or a specific past date. An annotated scrollbar lets you know where you are in your timeline, and if you’d rather not scroll, you can search for the item or… (read more)