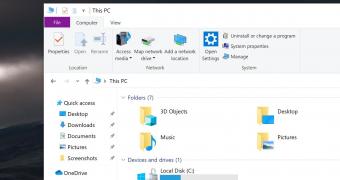 Microsoft is finally removing a Windows 10 folder that nobody uses, and the most recent preview build of the operating system makes the first step towards this change.

Few people remember the actual purpose of the 3D Objects folder in Windows 10, but for many, it’s one of those items that make little sense but which for some reason they can’t remove from the operating system.

The 3D Objects folder was added to Windows 10 back in the days when Microsoft was betting big on Remix 3D and the new Paint 3D app, thus creating a dedicated directory where all the 3D work would be saved.

Remix 3D has since got the ax and the Paint 3D app, despite coming with Windows 10, remains the app that most people use as the classic Paint anyway. So the 3D objects folder has more or less become useless in Windows 10, and many people just kept it completely empty without actually being able to get rid of it.

Well, this is now all chan… (read more)