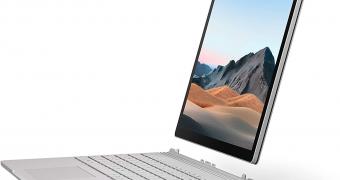 In a discussion on the Community forums, users complain the whole thing started because of a firmware update, with the screen sometimes flickering and turning black for a second or two before returning to normal.

“After I have installed the last SB3 updates via Windows Update on my 13.5 SB3 and lately I have been having some strange screen flickering and flashing: the screen goes completely black, then, when I hit a key, it comes back on, and then it goes dark again as soon as I move the mouse,” someone explains, adding that the September 2020 firmware update is what caused the bug on their device.

“Also, sometimes, when the screen comes back from be… (read more)