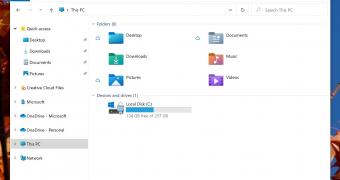 Microsoft has recently released a new Windows 10 preview build for the Dev channel, and one of the biggest changes is the addition of a new set of icons that are displayed in File Explorer.

If you’ve been keeping an eye on the progress of Windows 10’s modern overhaul, you probably know already that modern icons are a key part of this refresh.

So with this new preview build, File Explorer is getting a new pack of icons that aligns with the ones already introduced in Windows 10, all for a more consistent and modern approach.

Microsoft explains this is just the beginning, with more icons to be included at a later time.

“We first began updating the icons in Windows 10 last year starting with the built-in apps. Since then, we have continued updating icons throughout Windows 10 including the icon for Windows Security, the Narrator icon, and most recently the icon for Notepad. Now we’re taking the next step by updating man… (read more)