Microsoft Edge for Linux is set to launch in the stable channel later this year. Ahead of the big announcement, a beta version of the browser is now available for download.

If you’re a Chromium user, you may know that there are different channels you can install to get a different experience. Like Google Chrome, Microsoft Edge is offered in four channels – Stable, Beta, Dev, and Canary. Stable is the fully-tested channel, wherein everything works, while the beta channel is a great middle-ground for testing new features.

Microsoft initially released an initial Dev version of the new Edge for Linux back in October with all basic functionalities. Today Microsoft has published the beta with a host of new features and tools for users as the tech giant looks to claw back market share from rivals like Chrome and Firefox. 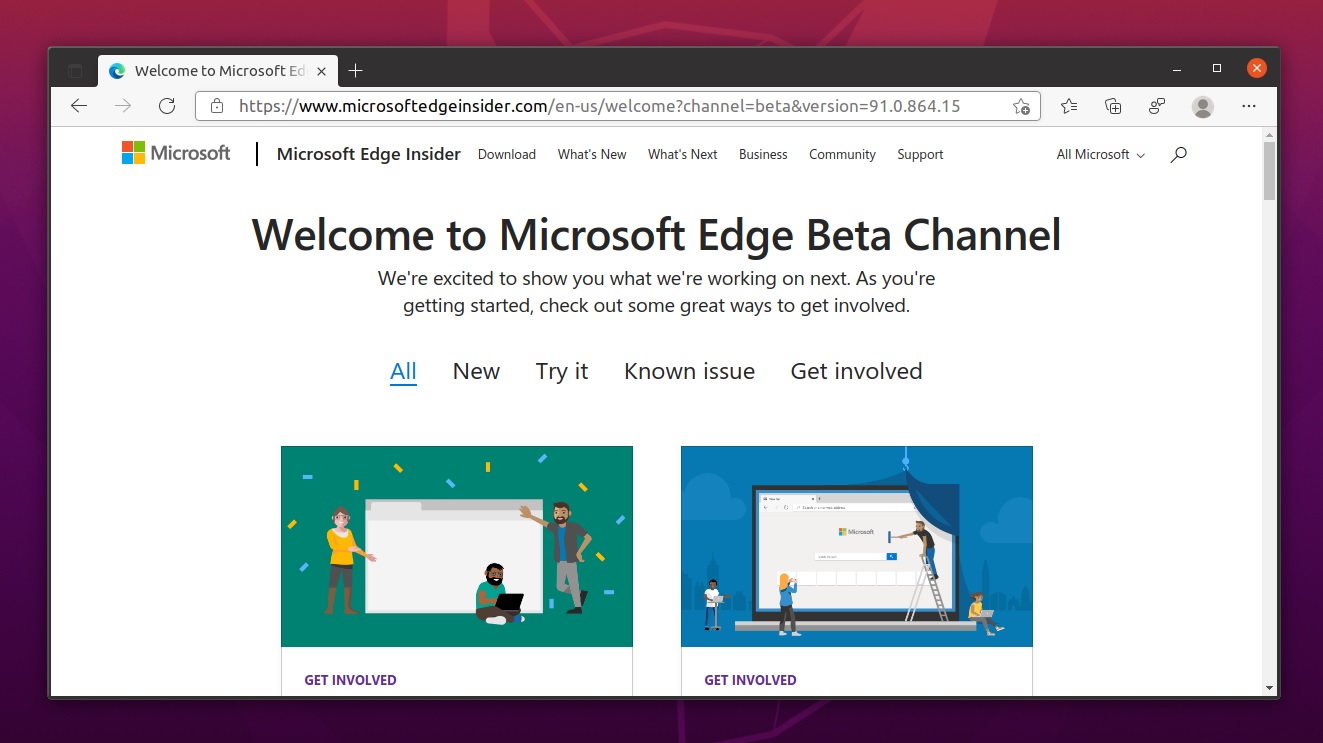 Like the Dev version, Microsoft Edge for Linux supports all popular distros, such as Ubuntu, Debian, OpenSUSE and Fedora too.

Going forward Microsoft plans to maintain both beta and dev builds for the Linux version as it does for Windows 10 and macOS.

While the Dev channel is updated every week with new features and bugs, beta is the second most stable branch and it gives users a chance to see some of the new features coming to Microsoft Edge before the browser has cleared for a stable release.

If stable experience is important to you and you can’t wait for Microsoft Edge stable release on Linux, Beta is what you want.

How to install Edge Beta on Linux

Or you can also launch Terminal and enter the following command to install Edge Beta.