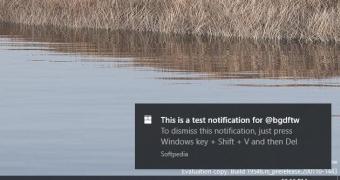 Microsoft has announced a preview version of the Windows 10 notification integration for Microsoft Teams, essentially allowing users to choose between the default notification system that comes with the application or the toast design available in the OS.

At this point, Microsoft is still collecting feedback on this feature, and the company says that once this phase is complete, it should bring the new notification system to everybody out there.

Once released, the new notification options will show up in Microsoft Teams under Settings > Notifications > App… (read more)

29 mins ago
wpDiscuz
Share this Article
Email sent!
We use cookies to ensure that we give you the best experience on our website. If you continue to use this site we will assume that you are happy with it.OkNo