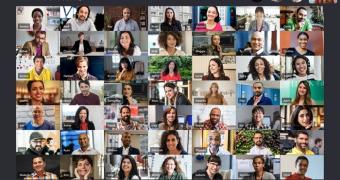 Microsoft has just released a new Skype version, and this time the company has introduced several major new features, including the popular Together Mode.

In other words, users who installed Skype 8.67 can see them and the other participants in a virtual space, all with the purpose of making the experience overall feel more natural.

Together Mode is already available in Microsoft Teams in Skype requires at least 5 users to be part of the same conversation.

In addition, Microsoft also announced a Large Grid Mode in this latest Skype update, thus making it possible for users in large meetings to see everybody at the same time.

There are also other goodies this update, including a feature that allows users to add someone to an ongoing Skype call by their phone number and via Skype.

There are also some extra fixes, including for Mac users, as Microsoft says that in some cases, Skype just prevented Macs from the automatic sleep. In… (read more)