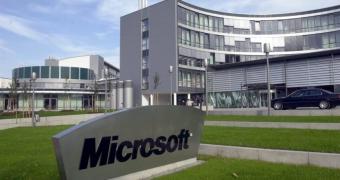 Microsoft has posted its FY21 Q2 financial results, and unsurprisingly, it has been a pretty solid quarter for the software giant, with its cloud offering spearheading the market push worldwide.

More specifically, the Redmond-based software giant reported $43.1 billion in revenue, an increase of no less than 17 percent, while the operating income jumped 29 percent to reach $17.9 billion.

Nearly every single unit recorded a substantial increase in the last quarter.

For example, revenue in the Productivity and Business Processes reached $13.4 billion, an increase of 13 percent, with the Dynamics products and cloud services growing no less than 21 percent.

The Intelligent Cloud unit also recorded a substantial jump last quarter, reaching $14.6 billion thanks to an increase of 23 percent, with Azure alone going up 50 percent.

Someone put Apple’s M1 chip inside of an iMac