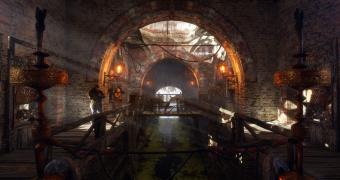 The fine folks at 4A Games, the studio behind the highly-acclaimed Metro franchise, have just revealed the enhanced version of Metro Exodus, as well as details about the PlayStation 5 and Xbox Series X/S upgrade.

For those who don’t own Metro Exodus yet, 4A Games will launch an Enhanced Edition, which will take advantage of the studio’s new Fully Ray Traced Lighting Pipeline and the latest graphics cards from NVIDIA and AMD.

The minimum spec requirements for Metro Exodus PC Enhanced Edition involve a Ray Tracing capable graphics card. Moreover, since this beefed-up version of the game includes so many improvements, 4A Games announced that it will release it as a separate product. Even so, existing Metro Exodus PC players will be able to get the Enhanced Edition for free on Epic Games Store, Steam, and GOG.

Valheim – How To Find Scrap Iron And Make Iron Gear