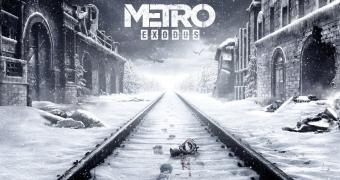 4A Games, the studio behind the iconic Metro series, recently celebrated its 10th anniversary and revealed some of its upcoming plans. After being acquired by Saber Interactive, 4A Games now operates as an independently run subsidiary of the former. Started back in 2010 in Kyiv, Ukraine, 4A Games numbered just 60 people.

Recently, the studio opened a second HQ in Kyiv, after the first one that was opened in Malta six years ago. 4A Games is now a team of more than 150 people spread between these two locations, which plans to take the Metro series to a new level.

First off, 4A Games confirmed once again that it has already started work on the next Metro game, which will be built for “Gen 9 consoles and PC, with a complete overhaul of our engine and renderer to take advantage of the new power, storage, and hardware supported ray tracing afforded by the new consoles… (read more)