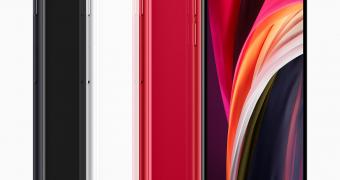 iPhone SE continues to play a key role in Apple’s long-term strategy, and while it looks like we won’t be getting a new model this year, the company is gearing up for two consecutive releases in 2022 and 2023.

First of all, the 2022 model wouldn’t bring any massive improvements, as the upcoming iPhone SE would continue to stick with an LCD panel and the iPhone 8 look.

But 2023, on the other hand, is likely to witness the debut of a major overhaul for the iPhone SE, according to Ross Young, the founder of DisplaySearch.

Young says the iPhone SE is likely to be upgraded to 6.1 inches in 2023, and in addition, it’s likely to come with a punch hole and not a notch.

Based on iPhone 11 design?

Not a long time ago, it was rumored that a new iPhone SE model could get the go-ahead in 2021, and at that point, people familiar with the matter said the device would be a Plus version of the… (read more)