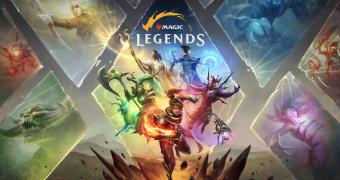 As expected, Magic: Legends, the free-to-play action RPG has now entered open beta worldwide. Players who’d like to check out Cryptic Studios’ new game can do so by downloading the open beta on Arc Games or the Epic Games Store.

For a limited time, players who join the open beta will be able to step into the shoes of a powerful, spell-wielding Planeswalker and travel across five diverse regions while collecting more than 175 powerful mana-based spells and 170 pieces of equipment inspired by the original strategy game.

It’s important to mention though that while Magic: Legends will launch on PC, Xbox One, and PlayStation4 later this year, the open beta is only available on PC at the moment.

On the bright side, players who download Magic: Legends on Arc Games will receive a free Gavony Vigilante Costume for their character, the ‘Bruiser’ skin for the Ogre Mortar … (read more)