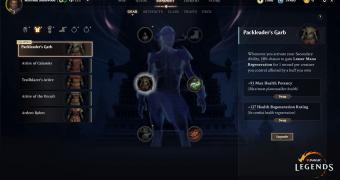 Magic: Legends, the action-RPG developed by Cryptic Studios, is shaping up to a great game for fans of the Magic: The Gathering universe, even though it doesn’t belong to the card game genre.

After announcing an open beta for Magic: Legends in March, the fine folks at Cryptic shared a glimpse of what’s to come. That being said, we’re going to talk about gear and customization, something that’s very important in an RPG like this one that’s based on Wizards of the Coast’s iconic trading card game.

So, loot in Magic: Legends comes in three variations based on rarity: common, uncommon, rare, and mythic rare. Players get to equip their Planeswalkers with gear for the Head, Body, Arms, and Feet, as well as two Accessories.

As it’s accustomed for this type of game, gear will have stat bonuses that… (read more)