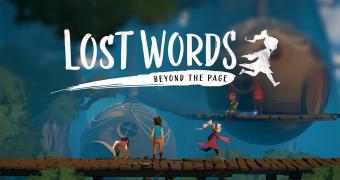 Although you may not have heard about it until now, Lost Words: Beyond the Page is not a new game. For a year, up until very recently, it was a Stadia exclusive, that was finally launched for other platforms as well, including consoles. Now everyone has the chance to try this platformer with plenty of soul, with a novel take on storytelling, but also full of quirks typical to an indie title. Is the game worthy of the critique’s praise and the multiple awards won at different trade shows? Read on to find out.

Just as many other indie titles, Lost Words: Beyond the Page is based on a personal story, that hits close to the heart, but also with an ace up its sleeve. Our adventures in the vibrant fantasy world of Estoria have been dreamt up by a quite well-known author: Rhianna Pratchett. The daughter of Terry Pratchett, the creator of the Discworld universe, Rhianna managed to build a rename for herself work… (read more)

Coinbase is on the Nasdaq, in case you want to bet on cryptocurrency using dollars