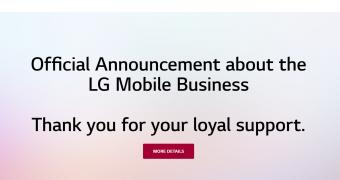 LG has already confirmed that it’s giving up on smartphones, and from a support perspective, this is only bad news for those who already purchased a device from the Korean company.

LG has already confirmed that it plans to support these devices according to the original schedule, but what does this mean when it comes to new Android operating system updates?

Well, according to the company itself, the Android 11 rollout would continue as planned, and what’s more, some devices are even projected to get Android 12. No specifics have been shared in this regard, but a Korean supported page spotted by XDA confirms the new OS update would still land.

At least, that’s the plan right now, though we really shouldn’t be too surprised if the plan is changed in the meantime.

The demise of LG’s mobile unit

In the meantime, LG says it’ll continue to sell the existing inventory of phones until no… (read more)