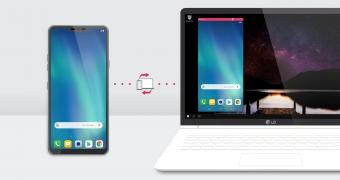 Microsoft’s Your Phone app has become an essential part of so many Windows 10 users’ app arsenal, simply because it allows them to pair their Android devices with PCs.

In other words, if you own a compatible Android phone, such as Samsung’s flagships, you can now sync the mobile device with the Windows 10 device and get access to certain content, such as messages, the gallery, and even run Android apps right on the desktop.

LG’s mobile phones aren’t part of the fun, as they’re currently unsupported, but it looks like the phone maker itself doesn’t want to wait for Microsoft to bring such capabilities to its devices.

So right now, the company is working on its own application to sync LG phones with Windows 10 devices, and the first version is already live in the Microsoft Store.