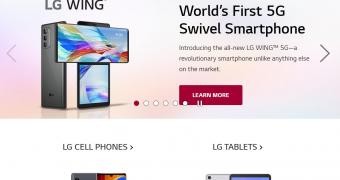 Samsung and Apple continue to be the leaders of the mobile market, with Huawei, Xiaomi, OPPO and several others also fighting for bigger market share.

LG, on the other hand, has clearly seen better days in the mobile industry, and given its investments in new smartphones and innovative technology have barely paid off, the company is now considering giving up on mobile devices once and for all.

The first time such information made the headlines was last week, when LG quickly ruled out such a possibility.

But a new report from The Korea Herald reveals that LG CEL Kwon Bong-seok has actually sent a memo to company employees confirming the future of the mobile business is currently under consideration. There are three options on the table right now, namely selling the mobile division entirely, giving up on the market, or just downsizing the smartphone business down to a level that would make sense giv… (read more)