Once a geeky thought experiment about forgoing the physical world and entering a fully-functional virtual reality, the “Metaverse” is now being colonized by the most unlikely industry: real estate.

In late December, Dirk Lueth watched in awe as the New York Stock Exchange building was auctioned off for $23,000 in Upland, a video game-cum-cryptocurrency that Lueth had co-founded. Over the past few years, Upland has been auctioning off various landmarks in the Metaverse, and Luether was surprised at the price that the property had reached. “The player declared himself as a ‘Bitcoiner,’ and said he’s always been keen to get the New York Stock Exchange,” Lueth told Motherboard.

Other than having a virtual skin that resembles the NYSE, the building had no connection to the physical, real-world building. Nonetheless, in Upland’s Metaverse real estate market, the location had value. The buyer might be buying the property with the intention to create a Metaverse stock exchange, said Lueth, or simply to have as a collector’s item that could be bought and sold down the line.

While cryptocurrency zealots looking to upend the traditional stock market (in a video game populated by cute and harmless-looking avatars) might constitute a good portion of the Metaverse fan base, more mainstream real estate interests are also getting involved. They’re being drawn by the sudden decline in the commercial property market, and the possibility of a virtual hellworld crafted by landlords themselves.

The concept of the Metaverse isn’t a particularly new idea. It’s usually attributed to the sci-fi author Neal Stephenson, who first used the term “Metaverse” in his 1992 cyberpunk novel Snow Crash, a book that was integral to early utopian ideas taken up by Silicon Valley CEOs. But the prospect of a virtual reality working up against our physical world is an idea that goes back to Plato’s Allegory of the Cave. What makes the vision shared by Upland and others from the cryptocurrency scene so distinct is the possibilities of cutting Plato’s cave shadows up into individual lots and then selling them back to the people chained to the wall, so that they too, can own a piece of the shadow world.

A far cry from the damp philosophising of Plato’s cave, the corporate conference economy has spasmed and dried up rapidly in the wake of the pandemic, and is now turning its attention to the Metaverse, said Mike Gedye, an executive at CBRE, a Fortune 500 real estate firm. With the buzz around “virtual HQs,” Gedye sees work, not play, as the driving force behind the Metaverse, particularly as young employees come to acclimate to the online workplace.

“The biggest barrier of the transformation of work into the virtual has been a loss of human contact,” Gedye told Motherboard. He was recently the co-author of a CBRE briefing note that laments the end of the “spontaneous corridor collision” among co-workers in office environments. The Metaverse is a way to reintroduce conference networking as well as productivity-enabling aspects of human interaction in the workplace. “Why couldn’t you create that Metaverse for work?” said Gedye. “If you can do that and enhance the profit of an organization, then it’s likely to be accelerated.”

Like all sound and well-reasoned financial instruments, nobody knows what the Metaverse will constitute, or how it will run. In Decentraland, another virtual platform controlled by a type of automated corporation called a Decentralized Autonomous Organization, virtual properties have sold for as much as $200,000 (in its cryptocurrency equivalent). Somnium Space, The Sandbox, High Fidelity, and Cryptovoxels are other platforms that have staked their claim for the Metaverse, all with varying sets of rules. The basic principles of the Metaverse, as outlined by former Amazon Studios strategist Matthew Ball in an influential essay about the concept, is that it be continuous, real-time, spanning across the real world and the online, and having a fully functioning economy. 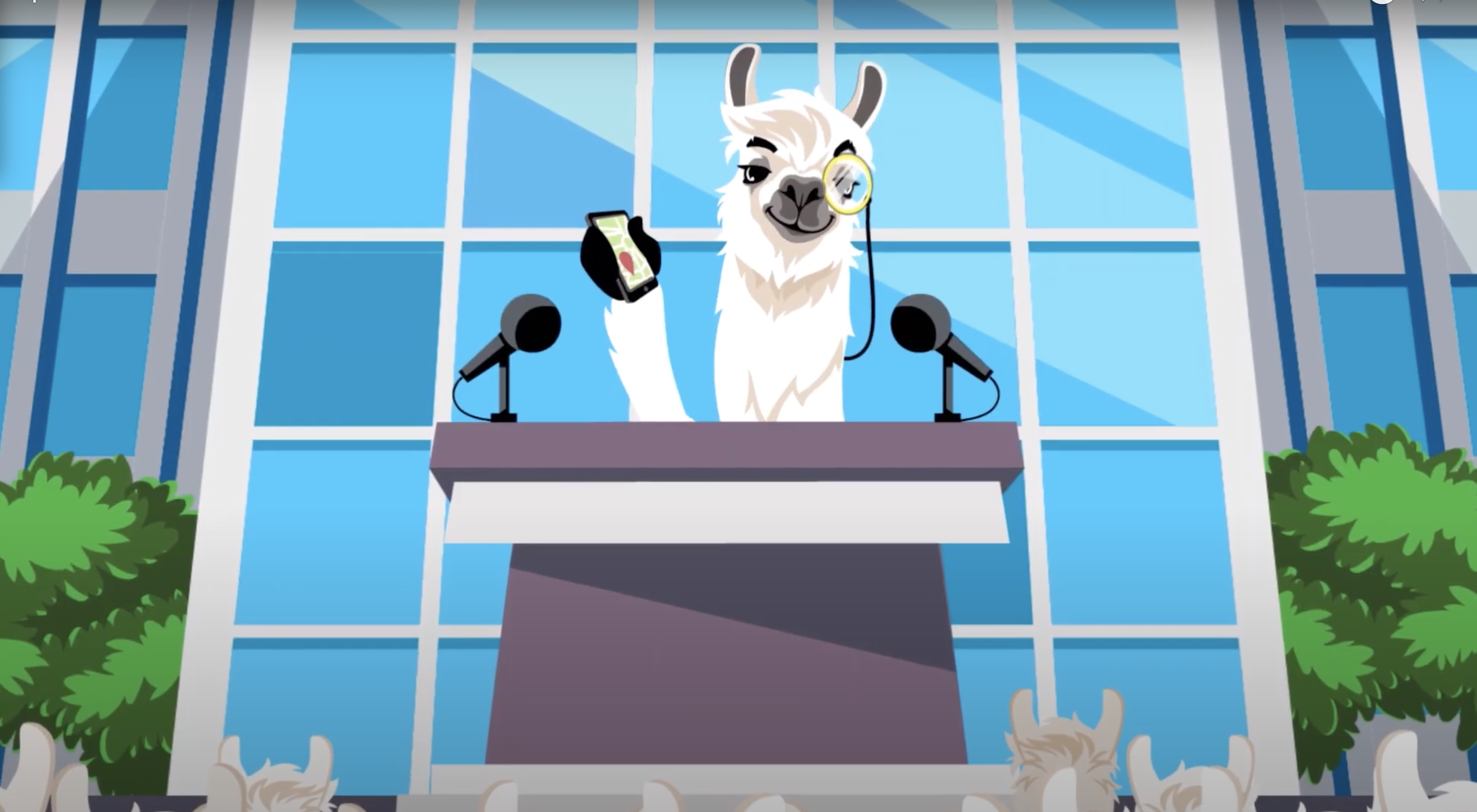 A screenshot from the trailer for Upland, a virtual real estate game with its own cryptocurrency.

There has yet to be a dominant, large-scale virtual reality that can lay claim to the idea of the Metaverse. In April, the video game Fortnite was crowned as the new frontier—the best gamble on a virtual world where you might bump into someone at the water cooler. Fortnite, which is owned by Epic Games, held a series of Travis Scott concerts from inside of the game, with users mulling around and socializing as the event took place.

“Just as every company a few decades ago created a webpage, I think we’re approaching the point where every company will have a real-time live 3D presence” Tim Sweeney, the CEO of Epic, told the LA Times after the event. Epic Games has been actively courting real estate, too, coming on as major sponsors for a property technology conference earlier this month. Sweeney, of course, wants Fortnite to be the platform that can provide that real-time live 3D presence. But the composition of the Metaverse is likely to be much more complex.

From a real estate perspective, the hope is that people will not only attend events, but inhabit, spend money, and, hopefully, work in the all-encompassing Metaverse. Simple enough. Heavy footfall areas will allow for more desirable virtual advertising space and storefronts for e-commerce. “We were inspired by Monopoly,” said Lueth, referring to a game that was originally created to demonstrate the horrors of extractive rentierism and undying corporate greed.

The blending of worlds is where the Metaverse really gets interesting, from a commercial real estate perspective. “I think the true value of the metaverse is when you have virtual worlds and physical worlds—when you start to have multiple [worlds] colliding,” Alex Turner, a consultant with CBRE, told Motherboard.

From the cryptocurrency side, the future of the Metaverse is one which leads to decentralized property trading across a broad base of users, who conventionally now have a real use for cryptographic tokens. The real estate world looks towards a landlord-led model, where large property owners lead the charge, buying up the Metaverse and letting consumers wander around listlessly. Or, as the CBRE puts it, the Metaverse has the potential to “reimagine the boundaries of what it means to be online or offline, reality or fantasy, working or living.”

While some theorists have called for online public parks, the fastest push into the Metaverse will be from mixed-use commercial spaces. According to Gedye, sites such as work-live developments and coworking spaces are already offering a comprehensive lifestyle brand. You already have a fob to get into the building, so why not an avatar and access to a parallel Metaverse workplace?

For CBRE, the promise is less in shiny things, and more in controlling the interaction between the Metaverse and the real world.

Turner, the CBRE consultant, points out that China’s tech scene is showing a keen interest in the Metaverse, with online shopping festivals, group buying and digital wallets (like Alipay and WeChat) helping to speed up the process. As tech writer and business strategist Packy McCormick writes, productivity software is the next obvious move for Tencent’s ambitions in the Metaverse.

The move to the Metaverse will be, at the end of the day, a lot more boring than we expect. According to Lueth, Upland players spend an average of $225 USD in the Metaverse, hoping to become landlords of their own. It’s small fish, considering that the internet has been dominated by rent-extracting monopolistic forces for decades now.

“Apple is a landlord of apps, Amazon is a landlord of retail and Netflix is a landlord of media,” explains Gedye. Real estate bros might be angling to turn the idea of virtual reality into one giant property market, but can we really blame them? Maybe not in this world, but the dream is that they’ll be ready to shoulder some of the blame in the next one, wherever that may be.

Josh Gabert-Doyon is London-based writer and radio producer focused on tech, labour, and culture. He tweets at @JoshGD