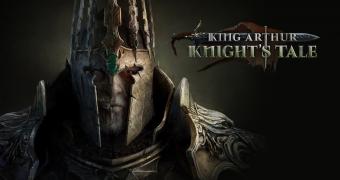 A land assaulted by darkness. Heroes need to band together to try and make things right. Tactical battles with squares, action points, and skills. A story that tries to use some classic mythological figures in new and surprising ways. This is the experience that the upcoming King Arthur: Knight’s Tale aims to deliver.

Based on the Early Access version of the title I can say that it is on track but has quite a bit further to go. Those who pick up the game right now will get to play two core missions and some side quests, while also engaging with other core systems.

Players become Mordred of Arthur mythology but with a new twist. The legendary king himself has become a threat to the land and needs to be taken down. Players need to do missions, gain more knight characters and develop their base in order to achieve this objective.

Inside a level, exploration is free and real-time. Once enemies make an appearance a grid, turn-based system is used. Each character has ac… (read more)