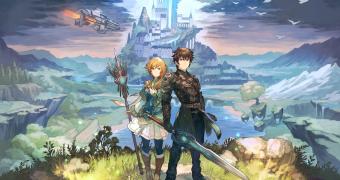 Edge of Eternity, the hit JRPG made possible by over 4,000 fans via a successful Kickstarter campaign, will finally exit Early Access in just a few months. Developer Midgard Studio and publisher Dear Villagers (Astria Ascending) have just announced that after two years in early access, Edge of Eternity will release on PC on June 8.

The game will launch with a massive update that adds 20 hours of additional gameplay and a conclusion to the epic story. To celebrate the announcement of the release date, the game will be available at a discount on Steam until April 13 and will be 33% off.

Furthermore, the folks at Midgard Studio revealed plans to bring Edge Of Eternity to PlayStation 5 and Xbox Series. The game will arrive on the next-gen consoles alongside the PlayStation 4, Xbox One, and Xbox Game Pass versions, in the newly announced release window of Q4 2021.

“We’ve poured our whole heart into making Edge Of Eternity. It’s a story of epic existential battles a… (read more)