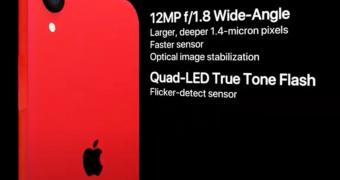 Apple was originally expected to launch a new iPhone as soon as this year, but as it turns out, the plans have changed and we might have to wait a little bit longer to get our hands on this device.

But YouTuber The Hacker 34 has created a concept to envision this new modern iPhone SE, and while we won’t comment too much on what the eyes can see anyway, it’s pretty unlikely to happen.

The concept looks good and envisions a 6.1-inch display with several upgrades in key areas, including a new camera, but according to people familiar with the matter, this isn’t necessarily what Apple has in mind for the iPhone SE.

First and foremost, let’s see why the device no longer launches this year. Originally scheduled to land in the spring of this year, the new iPhone SE is believed to be pushed back for a 2022 release, so in theory, the device should be here in approximately one year.

The reason is as simple as it could be: Apple has launch… (read more)