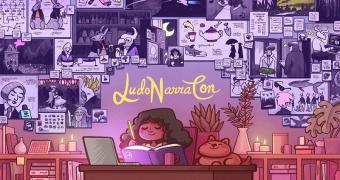 LudoNarraCon is a digital games festival organized by Fellow Traveller on Steam. The second edition of the conventions happened at the end of April and proved to be a major success for both exhibitors and organizers as well.

Fellow Traveller built upon the success of the 2019 event and added even more independent games, playable demos, and various panels featuring industry veterans to the festival’s roster. LudoNarraCon 2020 aired live on Steam as a global digital festival that celebrates narrative video games.

This year’s convention saw 940,000 unique attendees direct to the event page, up from 2019’s 850,000, with participants seeing approximately 20,000 visitors each to their individual store pages, an impressive achievement considering that LudoNarraCon 2020 featured more than twice the number of exhibitors as last year.

Also, unreleased games saw an average of 3,000 wishlists on Steam during the event. It’s also worth adding that no less than 42 developers ex… (read more)

‘We Are Watched to Prevent Mass Resistance’: Amazon Workers Discuss Being Spied On

Why don’t more VCs care about good tech (yet)?

Looking at the extradition hearing of Julian Assange I see many similarities to my judicial experience in New Zealand.

5 Eyes member countries seem to have one thing in common:

The law is what the US says it is.

“I never imagined that I would find myself in this position. … I assure you that I will meet the challenge with both humility and courage,” Supreme Court nominee Amy Coney Barrett says. https://cnn.it/3jkgukd