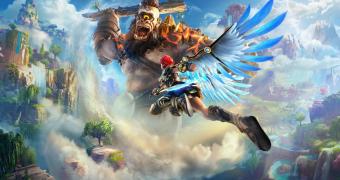 It’s hard to think about Ubisoft’s games as innovative or disruptive any longer. In the last several years, the French giant only made safe bets on already established franchises and completely avoided bringing new single-player franchises to its fans. I haven’t played a rather “unique” Ubisoft game since the French company launched Child of Light about six years ago.

What sets it apart from these other games is the writing. I think it’s safe to say that Immortals Fenyx Rising is a bid daddy joke, so if you’re not into this kind of humor, you’ll probably want to skip this game entirely or wait for a sale.

This Life-Sized Thanos Bust Looks Amazing, Is Very Expensive, And Is Missing An Arm

53 mins ago
wpDiscuz
Share this Article
Email sent!
We use cookies to ensure that we give you the best experience on our website. If you continue to use this site we will assume that you are happy with it.OkNo