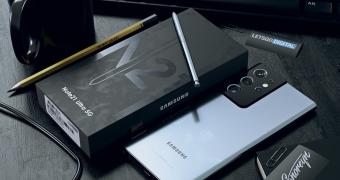 Samsung has recently confirmed the Galaxy S21 would launch on January 14, and one of the biggest changes to be revealed is support for the S Pen on the Ultra model.

That’s right, Samsung Galaxy Note’s signature feature is making its way to the Galaxy S lineup, and it’s believed this is just the first change the South Korean company is planning in an attempt to streamline its product offering.

If you haven’t figured it out already, this means Samsung wants to kill off the Galaxy Note lineup completely, and once the transition of all features to the Galaxy S series is complete, the new plan can finally go-ahead.

And now that the S Pen is coming to the Galaxy S21, it’d only take one more year for Samsung to kill off the Galaxy Note, which means the model launching next year is very likely to be the last one to ever see the daylight. In other words, the Galaxy Note21 will be the final Note, after which Samsung would just discontinue the entire lineup and focus entirel… (read more)