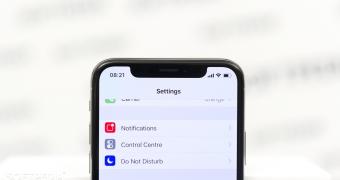 The controversial notch debuted back in 2017 on the iPhone X, and since then, it made its way not all to all the other iPhones released since then, but also to models from other manufacturers out there.

Every year since the iPhone X, the thing we heard from unofficial channels was that Apple wanted to make the notch smaller, only that little has changed in the last few years.

And now, the same rumor is back. According to a new report, Apple is expected to make the notch smaller on the iPhone 13, with the company to also make the devices a little bit thicker.

The design of the iPhone 13 will be very similar to the one of the model currently on the market, so overall, the differences in terms of looks would be barely noticeable.

Just as expected, the next-generation iPhone will bring upgrades to all models in the current lineup, so there’s a chance w… (read more)

Godzilla Vs Kong Trailer Will Be Released On Sunday

Avengers: Endgame Almost Had A Credits Scene With Vision In A Body Bag

37 mins ago
wpDiscuz
Share this Article
Email sent!
We use cookies to ensure that we give you the best experience on our website. If you continue to use this site we will assume that you are happy with it.OkNo