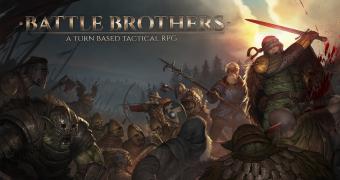 Battle Brothers, one of those little gems that I, thankfully, got to discover a few years ago, is getting a Nintendo Switch release, developer Overhype Studios announced. The game will make its debut on Nintendo’s platform on March 11, but pre-orders are already open and offer a 15% discount on the base game and all of its add-on content.

The core game will be available for purchase for $30 / €28 / £23, while the bundle that includes the main game and premium DLC expansions: Beasts & Exploration, Warriors of the North, and Blazing Deserts, will sell for $61 / €59 / £51, offering an additional 5% savings.

If you haven’t heard about Battler Brothers, then you’ll want to know that the game was launched back in 2017 and it was well-received by both media critics and fans of the genre. Battle Brothers is an unforgiving turn-based tactical RPG in which players gather their own mercenary band in a gritty, medieval fantasy world.

Players not only recruit and lead their me… (read more)