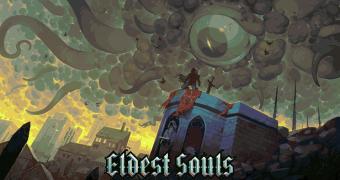 Do you like souls-like games? If the answer is yes and you don’t have pixelated graphics, we have just the thing for you: it’s called Eldest Souls and is coming in just a few months. Previously announced for PC and Nintendo Switch, Eldest Souls has just been confirmed for current and previous generation consoles too.

Along with this announcement, developer Fallen Flag Studio revealed that Eldest Souls will be launched in Q2 2021. Described as an “intense boss-rush action game,” Eldest Souls mixes elements of souls-like and classic action games and features a gritty and beautiful pixel art style.

“Over the last year, we’ve been hard at work making Eldest Souls the best it can be. The response to the trailers and the demo during the Steam Game Festival lit a fire under us and we’re further excited by the chance to bring this experience to even more player… (read more)