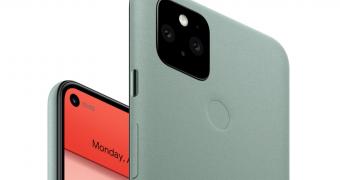 The foldable revolution is underway, and companies like Samsung are investing aggressively in this new technology, seemingly not only for its own products but also for displays that would end up powering other smartphones out there.

A report from South Korean media indicates that Samsung has recently received orders for foldable displays from more phone makers, including OPPO, Xiaomi, and well… Google.

But if the report is accurate, then Google’s foldable Pixel could come with a screen measuring 7.60-inch in size, though keep in mind this is the fully flat size. In the standard mode, the Pixel would be much smaller, but when the device is not folded, you would end up with a … (read more)

Wandavision Episode 9: 18 Easter Eggs And References In “The Series Finale”