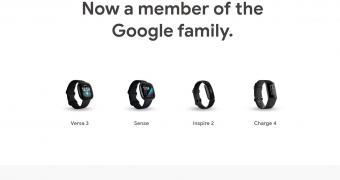 Google has recently announced that it completed the takeover of Fitbit, so it was only a matter of time until the company made some changes following the acquisition.

This week, the Google Store has started selling Fitbit devices, including the Versa 3, Sense, Inspire 2, and Charge 4, all of which can now be purchased online because Fitbit is “a member of the Google family,” as the search giant itself explains.

Needless to say, the Mountain View-based company brags about Fitbit’s products, and this makes total sense given it owns the company.

But the big question right now is whether Google wants to build its very own smartwatch based on Fitbit’s know-how and technology.

While the company hasn’t provided any information in this regard, the search giant has been close to launching a Google Pixel smartwatch in the past, yet people familiar with the matter said the device was canceled at the very las… (read more)