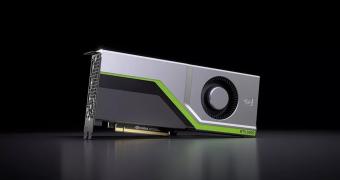 NVIDIA has announced the availability of a new STUDIO graphics driver, namely version 462.31, which adds compatibility with the new RTX A5000, RTX A4000, T1000, T600, and T400 GPU models, and implements other changes.

Specifically speaking, the present update improves creative apps (such as DaVinci Resolve and Adobe Lightroom) by enabling GPU acceleration, and promises to grow the list of supported apps over time; as of now, the list includes 34 apps.

In addition to that, NVIDIA’s release should improve and provide optimal support for the latest AI-powered features in creative applications including NVIDIA Omniverse, Topaz Denoise AI, Topaz Sharpen AI, Notch, and OBS Studio.

When it comes to compatibility, version 462.31 is suitable for both desktop and notebook configurations that are powered by Microsoft’s Windows 10 platforms (only for 64-bit architectures).

Therefore, if you intend to apply this package, save the proper one for your device, run it, wait as th… (read more)