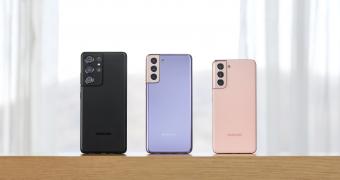 Samsung has reportedly praised the sales of the Galaxy S21 in its home market, explaining the device is selling much better than its predecessor.

More specifically, Samsung says the Galaxy S21 sales are 30 percent higher than in the case of the Galaxy S20, with the company analyzing the data for the first 10 days on the market for both generations.

Samsung claims the standard Galaxy S21 is the one getting most of the love, with 40 percent of the buyers choosing the base model. The Galaxy S21+, on the other hand, is the second most picked new smartphone, accounting for 24 percent of all sales.

The South Korean company says 3 in 10 buyers pick an unlocked version of the device.

Sales going strong in the UK too

Earlier this week, Samsung also praised the Galaxy S21 sales in the United Kingdom, once again claiming that the device is selling much better than its predecessors.