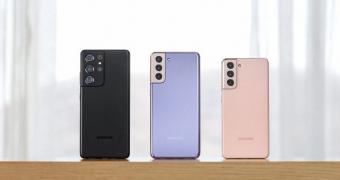 Samsung launched the Galaxy S21 with much fanfare last month, and the shipping started in late January in the majority of countries out there.

And now the South Korean company says it’s already seeing signs of a solid market performance for the Galaxy S21, including in the United Kingdom.

More specifically, the Galaxy S21 not only sells like hotcakes, but it’s also beating the performance of its predecessors, including both the Galaxy S20 and the S10. In other words, Samsung is selling more S21 units than S20 and S10 after their launch, with the Galaxy S21 Ultra 5G account for half of the sales.

What this means is that most Britons who purchase a Galaxy S21 get the Ultra model, as this is currently the most popular version in the United Kingdom.

“Over the last twelve months, technology has been the vital thread that has maintained our connections. Demand for innovation is growing, and this is reflected in… (read more)