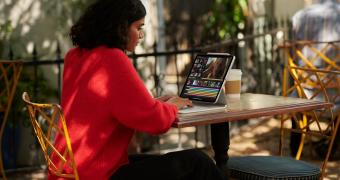 The M1-powered iPad Pro is the new cool kid on the block, and this makes perfect sense given the marketing effort Apple has put into Apple Silicon overall.

And the new 12.9-inch iPad Pro is obviously receiving quite a lot of attention these days, though the latest tidbit confirmed by Apple itself might take some people by surprise.

More specifically, Apple has revealed the pricing for the new M1-powered iPad Pro servicing in case the device ends up broken down, and as it turns out, it costs quite a lot to fix it.

For example, Apple says that whoever has AppleCare+ can fix a broken 12.9-inch iPad Pro for just $49. But the surprise is the out of warranty service fee, as Apple charges owners of this iPad model no less than $699 to repair the device.

Worth knowing, however, is that all these prices include screen repairs, and we all know the display is one of the most expensive components in the fir… (read more)