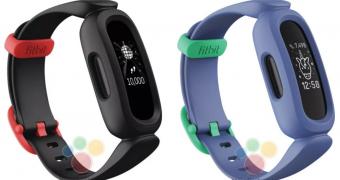 The now Google-owned Fitbit continues its typical business despite being purchased by the Mountain View-based search giant, so it’s now getting ready to launch another wearable device as soon as this point.

German site WinFuture is reporting that Fitbit Ace 3, a device that’s primarily aimed at kids, would go live in approximately 10 days, obviously coming with a set of features that are specifically tailored for this category of users.

The new Ace 3 will come with a 1.47-inch OLED display that supports touch input and sports a 240×240 pixel resolution. This isn’t supposed to be a smartwatch, so it doesn’t look like one, but Fitbit wants to make the new Ace as appropriate for kids as possible, so it’s planning two pretty cool color combinations, namely black and red and blue and green.