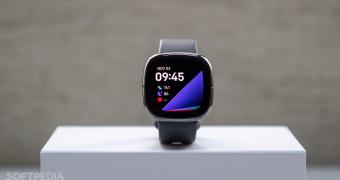 Sense is Fitbit’s flagship smartwatch, and naturally, it comes with the best the company has to offer right now, including ECG functionality.

Launched with much fanfare earlier this year, Fitbit Sense is supposed to be a premium device competing against the Apple Watch, so the feature lineup is impressive, to say the least.

However, the soon-to-be-Google-owned company says it discovered some issues with the ECG sensors, and by the looks of things, they can’t be solved with a software update, so it decided to recall all smartwatches sold to customers out there.

According to an email sent by Fitbit to customers, the company will replace the faulty Sense units with new ones that are supposed to work correctly. No specifics have been provided on the actual ECG glitch and how users can tell their devices are malfunctioning.