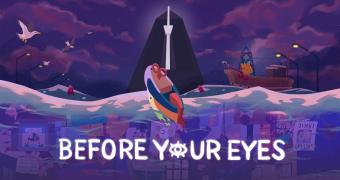 Developer Goodbye World Games and publisher Skybound Games have just announced their game Before Your Eye will release on PC (via Steam) on April 8. A first-person narrative adventure that tells a person’s story using real-life blinks, Before Your Eyes requires a webcam for the best gameplay experience.

While you can still play Before Your Eyes without using a camera, having one will allow players to immerse themselves in the story and experience the emotional journey that the game will them on.

And before you ask, now, the camera will not record your face while playing Before Your Eyes, it just tracks the movement of your eyes and detects blinks in real-time to play the game. If you don’t have a webcam, you’ll be able to play Before Your Eyes using the non-blink mode, which supports standard inputs like mouse and keyboard.

So, what’s this game all about? Before Your Eyes tells the story of one’s journey into the afterlife using real-life blinks. The story is narr… (read more)