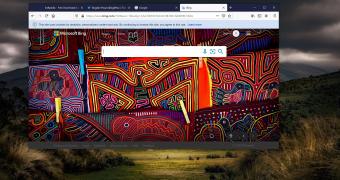 Mozilla is working on a major Firefox redesign internally named Proton, and now the first improvements are already available in the Nightly build of the browser.

As you probably know already, rounded corners seem to become the next big thing in software, with Microsoft itself also working on bringing this design refresh to Windows.

The company has been testing rounded corners in several apps, and it’s believed it won’t take long until this refresh goes live in the operating system. In the meantime, Mozilla is also planning a similar facelift for its flagship product, and as noted by GHacks, a small part is already available for testing in the Nightly build of Firefox.

The browser now comes with rounded corners, and you can see in the screenshot here what the whole thing looks like.

How to try it out today

But on the other ha… (read more)