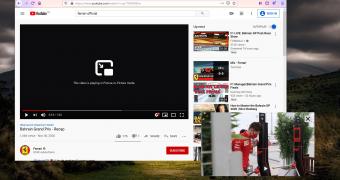 Unless you’ve been living under a rock for the past 12 months or so, you probably noticed that most browser developers are now focusing heavily on Picture-in-Picture, a feature allowing users to watch a video in a dedicated popup while using the app on a different page.

As discovered recently by TechDows, the next major version of Firefox will support multiple PiP windows, meaning that you would technically be allowed to watch multiple videos at the same time on your screen, all while continuing to do whatever you want in the browser.

This feature is already live in … (read more)

Anti-Piracy Group: Copyright Trolling is a “Stain On The Fight Against Illegal Content”