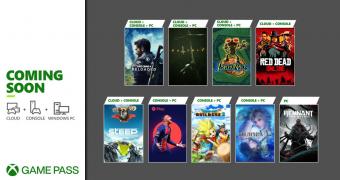 If you’re a PC/Xbox gamer, Microsoft’s Xbox Game Pass is the best deal in the gaming industry that you can get. For just $10 per month, you get access to over 100 PC or Xbox games, Microsoft titles the same day as release, and member discounts and deals.

For $15 per month, you get access to all the service’s library of games for Xbox, PC, and Android mobile devices. You also receive free perks including in-game content and partner offers, along with exclusive member discounts and deals.

What makes Xbox Game Pass even better is that Microsoft adds new games every month. In that regard, the Redmond-based company revealed a new selection of titles coming to Xbox Game Pass in May.

The first game to hit Xbox Game Pass this month is Dragon Quest Builders 2, which will be available from May 4 on both PC and Xbox consoles. Next in line, we have three popular games of different genres… (read more)