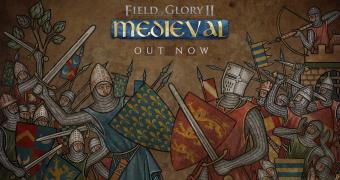 My line of, most of them trained, has absorbed shock aftershock of enemy assaults. At the same time, my heavy horse has run down a lot of infantry on the flanks of the engagement. Everything seemed to move towards a close but solid victory. Then around half of my cavalry goes chasing down some light archers, moving steadily away from where they are needed. And chance makes one spearmen unit break on a relatively weak attack, with a third of the other units on the line also routing when they see their brethren run. It takes a few more turns until I lose the battle. I already have tweaks in mind to make sure that I win decisively next time around.

Field of Glory II: Medieval is developed by Byzantine Games and published by Slitherine. The game takes the core strategic concepts of the original and moves the timeline to the Middle Ages. Players get a lot of tactical, turn-based battles involving everything from lowly peasants to powerful and fully armored knights.

Google promises to stop selling your browsing history to advertisers

The Simpsons Is Renewed For Seasons 33 And 34