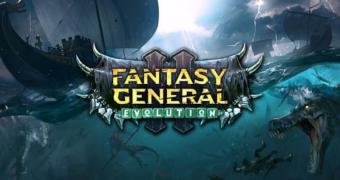 Evolution is the most recent downloadable content pack for Fantasy General II, a strategy title developed by Owned by Gravity and published by Slitherine. Gamers who pick it up will be able to play an entirely new campaign, develop tactics for one new faction and tweak the way they approach battles in the title.

The biggest addition of the DLC is the Lizardfolk, aquatic dwellers who introduce an entirely new way of fighting battles. They cannot simply go shield-to-shield with the better armored and armed forces of the Empire or the Barbarians. Even neutrals can give them trouble. But the Lizardfolk, squishy as they are, can rely on ambushes and hit-and-run to even the odds. And they can evolve.

Liquid mana drops when a unit of this new faction perishes in battle. This resource can be used to transform lowly recruits into more fearsome fighters, including bone guards and swamp dragons. Szzlag, the leader of the faction, can also evolve into new forms, becoming a str… (read more)