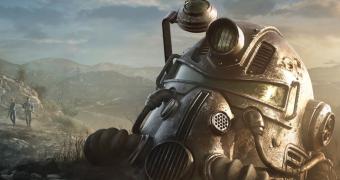 Fallout 76 has been heavily supported by Bethesda since its troubled release, and many say the game has become decent enough to give it one more try. Earlier this week, Bethesda released yet another important Fallout 76 update called Steel Dawn.

Steel Dawn marks the return of the Brotherhood of Steel to Appalachia, so players will be given the chance to take on a new questline, meet new characters, explore new locations, and gain some new rewards in the process. Also, it’s important to mention that the Steel Dawn update introduces the C.A.M.P. Shelters feature, hunger and thirst improvements, and a lot of other gameplay features.

In this update, players will be able to explore the first chapter of The Brotherhood of Steel’s history. The Steel Dawn quests and Daily Ops offer new weapons and armor as rewards. These come straight from t… (read more)

59 mins ago
wpDiscuz
Share this Article
Email sent!
We use cookies to ensure that we give you the best experience on our website. If you continue to use this site we will assume that you are happy with it.OkNo