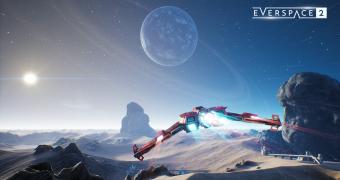 Developer Rockfish Games recently announced the first major update for Everspace 2 since Early Access will drop on April 28. The upcoming update will bring a lot of new content, including bosses, companions, ship classes, mission types, enemies, and many more.

First off, we have three main and three side missions as well as several additional side activities, all taking place in the second-star system, Ceto. Those who’ve played the original game might remember Elek, an Outlaw ally from the Everspace: Encounters expansion. Well, it looks like the new main mission rescuing Elek will take combat and exploration gameplay deep underground, and introduces a new corrosive damage-dealing enemy, the Cave Crawlers.

Keep in mind that once Elek is rescued, he will provide clues on how to advance the main story. Also, later on, he can even be called to join in battles as wingman through a new perk tree.

Furthermore, the first new ship class for Everspace 2 is also being made a… (read more)